Aimee Richelle Teegarden was born on October 10, 1989 in Downey, California. Before embarking on an acting career, she worked as a model, appearing in campaigns for Old Navy and Tommy Hilfiger, among others. She then made her TV debut in an episode Cold Case in 2003.

She gained recognition in 2006 when she landed the part of Julie Taylor in Friday Night Lights, a role she played until 2011. She then starred in the films The Perfect Age of Rock ‘n’ Roll, Call of the Wild, Scream 4 and Prom. In 2014, she starred as the female lead in the TV series Star-Crossed.

Has Aimee Teegarden had Plastic Surgery?

Teegarden became widely known for her role as Julie Taylor, Coach Taylor’s teenage daughter in the critically acclaimed television series Friday Night Lights. So, when she recently stepped out looking slimmer and just way different from her former self, speculations about what caused the actress’ drastic transformation were thrown out from all sides. Many fans commented that the 24-year-old actress lost too much weight she became barely recognizable.

Some suggested that her dramatic transformation could be a result of a cosmetic procedure but the Star-Crossed star said that she lost weight through exercise. She said: “I’m a pretty healthy person. I hit the gym probably five days a week if I have the time. She then added: “I do weights, I do plyometrics, I do cardio, I surf in California.” Plus, most viewers think that her change of hair color and style, in addition to losing weight, caused her appearance to dramatically change. 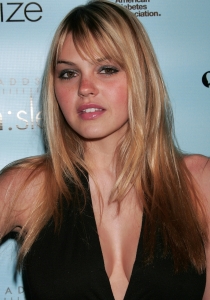 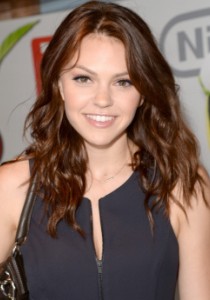